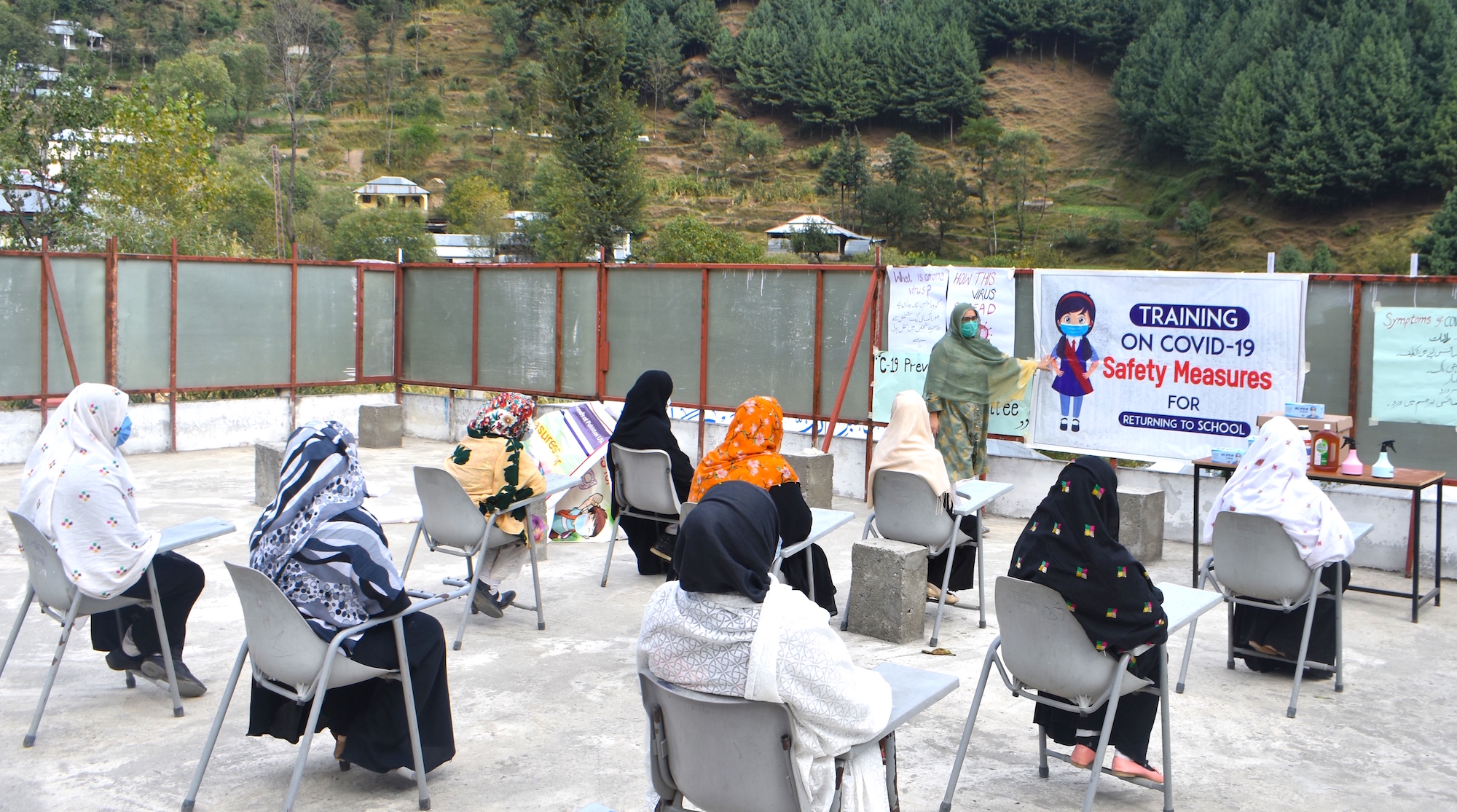 The Hoshyar Foundation has been in operation for nearly fourteen years, since early 2007. In that time, we have worked on a shoestring budget to increase girls’ access to post-primary education in underserved communities in Pakistan. We have built, reconstructed, or expanded 14 schools and helped nearly 700 girls graduate from high school. Of these graduates, some 120 have gone on to attain university degrees and professional credentials, and the numbers grow every year. Perhaps the most dramatic impact has been on the communities in which these schools operate.  They are becoming the best-educated in northern Pakistan and have contributed palpably to each community’s social development. Educating Girls Makes for a Better World!

What would an annual report in 2020 be without reference to COVID-19?  Ours will be brief. In Pakistan, a country whose population is roughly 2/3 that of the United States, there have been a total of about 340,000 cases reported, with a death toll of 6,867. There is talk of another lockdown in the major cities, but it would not likely affect our schools, which are all but one in rural areas with low population density.

All schools in Pakistan were closed by government order between mid-March and mid-September. All 13 of our schools re-opened in the second half of September, and all community-managed schools are following state-ordered protocols closely. We were fortunate to receive a grant from the MoneyGram Foundation to underwrite the cost of procuring and distributing the necessary PPEs, though these funds will not last forever.

Other work did continue between March and September. Construction on the new school in Bakki was completed, and it opened on September 15th with a robust enrollment that is expected to increase in the coming months.

Thanks to our local partners at the Friends Welfare Association in Mansehra, we have collaborated with the Education Department since 2016 to intervene in the tribal area of Torghar. There are now girls in high school for the first time, and the government has just completed construction on a new high school. In an area where the literacy rate was recently only 0.5% of the population, we now have nine high school graduates and are providing tutors for all of them for Higher Secondary classes. This is remarkable progress for just four years!

We have also been exploring how to develop viable learning platforms for distance learning that don’t require face-to-face contact between instructors and their students. By next year we hope to have established a concrete collaboration with the Girls’ Degree College in Mansehra city. We await word on a grant proposal that would create a link between our rural schools and the college in town. By integrating the college into our plan, we can impact the curriculum in creative ways, to the benefit of even more young women.

Our greatest challenge in all this is to find ways for our rural students to access the necessary technologies. Smart phones are an unthinkable luxury for them, costing roughly three times the annual household income in rural Mansehra. Bandwidth is also minimal, but we are working to address each of these obstacles, one at a time.

I look forward to a time when I can return to Pakistan in person. Our activities—and the cost of doing business—continue to expand, and we need your support now more than ever. So please do keep us firmly in mind as we enter the Giving Season. I promise you won’t regret it!

With thanks and warm regards,

Donate
back to Hoshyar news
Tweets by @hoshyarfound